Today we joined Jonathon Ross of Holy Faith TV to speak about St. Robert Bellarmine and his place in the Counter-Reformation, his devotion to St. Thomas, his innovations in teaching theology at that time, the Galileo controversy and some final comments dealing with Sedevacantism.
I apologize for some of the audio; my connection wasn’t the best.

Today I was a guest on the Mike Church Show to talk about the myths surrounding Luther and the beginning of the “Reformation” and the Catholic reformers that began before Luther even appeared on the scene; so that Luther’s revolt was not due to abuses in the Church, but errors in theology that he embraced.
While we provide our particular interview free, there are hundreds of hours of great content to hear on the Mike Church Show and the Crusade Channel on the Veritas Radio Network! Please support them by subscribing to their podcasts.

The Spiritual Life and Prayer by Cecile Bruyére
Dom Gueranger
NPR Standard useless history on Luther and the Reformation
For biblical Learning in the middle ages, see the chapter on Wycliffe in St. John Fisher: Reformer, Humanist, Martyr for a scholarly summary.
Luther and the Bible
Erfurt University
Indulgences
Purgatory
***Shameless Plug Alert*** St. Robert Bellarmine’s treatise on Purgatory with copious references to the Greek Father
Tetzel
Myths about the 95 Thesis

For a summary of Luther’s lecture notes on Romans, see Philip Hughes, A Popular History of the Reformation
Exsurge Domine of Leo X
Cardinal Ximenez
Complutensian Polyglot Bible of Ximenez  (I made an error when saying this was done 17 years before Luther, although Ximenez was compiling, directing and paying for it as early as that, it was not actually published until 1520; the point still stands as this was not done in reaction to Luther but a project that began before Luther and was carried out before Luther).
Humility of Heart by Gaetano de Bergamo (New complete translation provided by Mike Church)
University of Louvain
Erasmus
BBC In Our Time podcast on Erasmus
James Latomus (I accidentally said “John” in the podcast)
Ruard Tapper
John Collet
St. Thomas More: A Great Man in Hard Times (with summaries of his positions and his contribution to Catholic Reform)
St. John Fisher
Sermons of St. John Fisher
Thomas Vio de Gaetano (Cajetan)
Diet of Worms
Marcello Cervini
Frederick the III (The wise)
St. Gaetano de Thiene
Theatines
Comuneros Revolt
Movie on St. Ignatius of Loyola
Simpsons Henry VIII (warning, crass humour)
Lord Nelson buried in St. Paul’s
Capuchins
A Capuchin Chronicle
Man sentenced to Capuchin monastery begs to go to jail because religious life is too hard
St. Charles Borromeo
St. Philip Neri 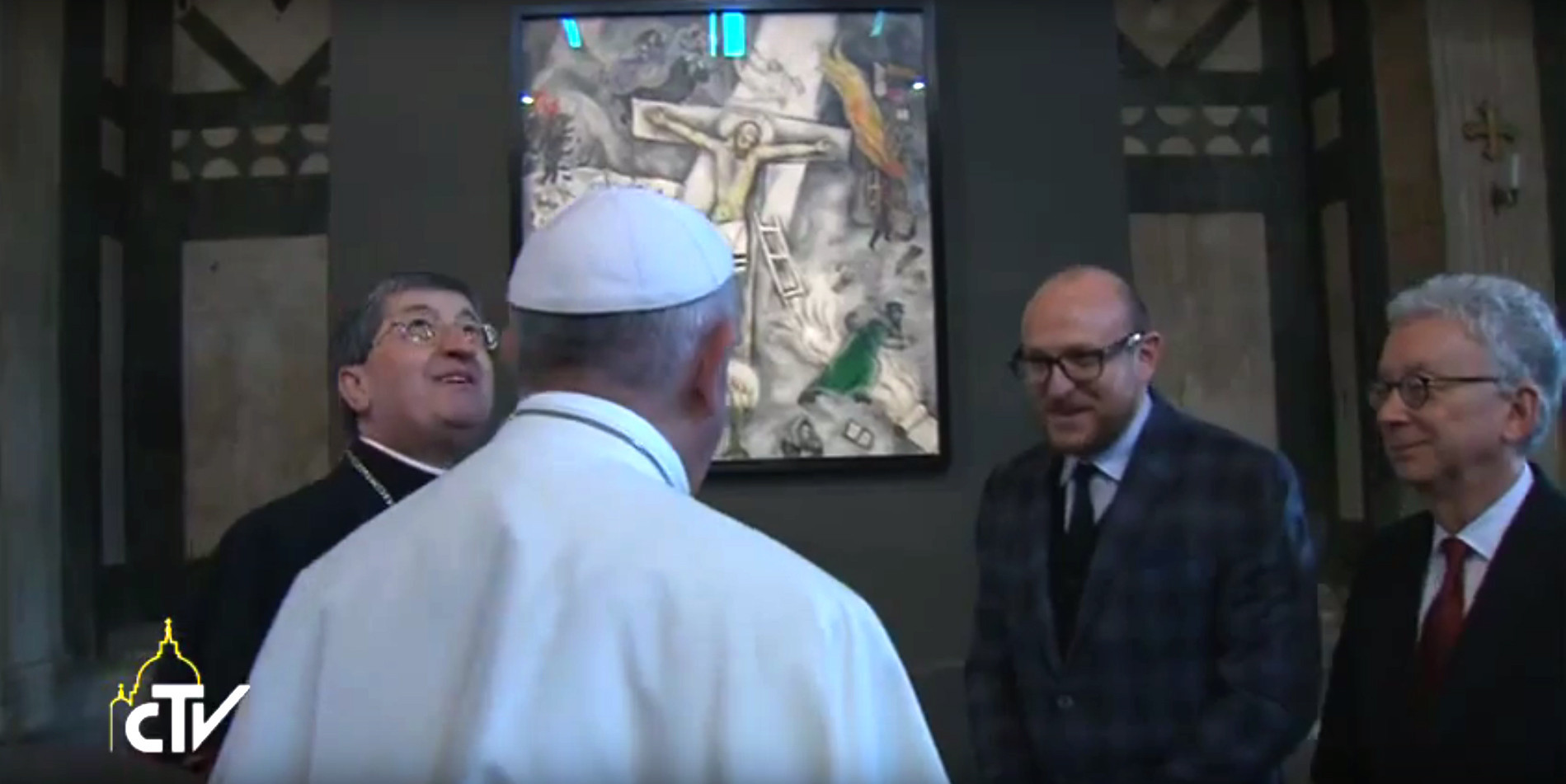 Today I was interviewed for the Mike Church Show in his series “The Modern Wrong World made Right”, where we discuss the Reformation and my translation of St. Robert Bellarmine. We begin with a discussion of the Reformation and the stage before Bellarmine gets on the scene, and the arguments in Books 1-3 of On the Roman Pontiff.

Today we are joined by Fr. Joannes Petrus, a priest who has researched and studied revolution as well as the occult, masonry and history. END_OF_DOCUMENT_TOKEN_TO_BE_REPLACED

Today we are joined by John Medaille, a retired professor from the University of Dallas and the author of The Vocation of Business, and Toward a Truly Free Market, as well as many other writings in periodicals from Res Publica to the Remnant. We talk about Distributism and the economic issues facing Distributist economic theory, government, labor and many other issues which delve deeper into Distributism than the normal reflections on Chesterton.

END_OF_DOCUMENT_TOKEN_TO_BE_REPLACED

Now, in the first place, Fisher was a far greater theologian than St. Thomas More, who was a rhetorician and a lawyer, though no less devout a layman than Fisher was a bishop. Fisher established the seminary system in all but name, and made sure good preaching was the norm. This is rather an interesting thing.  In the late Renaissance, patronage, which was designed to move ahead those who were worthy had become instead a way of rewarding friends and picking favorites. Men became pastors and bishops solely due to royal favor, and the Popes tended not to care because they received the first year’s income of that diocese, a sort of Church tax called the Annates. Suffice it to say the whole thing had gone very wrong in the fifteenth century, and now preaching was a rarity. Some Bishops did not preach a sermon in their lives. Many bishops lived elsewhere, and would attempt to have other dioceses consecrated under them, or when those had been exhausted abbeys, so they could live it up in Paris or Rome or some other large city, and appoint a vicar for low pay to administer his diocese. These often did not do so well, particularly since they were not paid for the job. At the time St. Charles Borromeo entered Milan as its Archbishop, there had not been a Bishop who actually resided in Milan for 125 years! Yet that holy reforming bishop had a portrait of two saints in his room, one of St. Ambrose, and the other of St. John Fisher.

END_OF_DOCUMENT_TOKEN_TO_BE_REPLACED

Just today is a historic day for Bellarmine. Today is the first time his work “On the Roman Pontiff” has been made available in English translation. This is a beautiful and fantastic polemical and apologetic work defending the Papacy from the attacks of 16th century Protestants, many of the arguments of whom are used today, even though Bellarmine actually refuted them quite well.

Now, I have a special offer for readers of this website. This work retails for $20.00 on Mediatrix Press, but I have arranged that readers of this website may purchase the book at a discount using the following link: Athanasius Contra Mundum Discount! That is, with the discount it will be less than the price of On the Marks of the Church even though it is twice the size! This offer won’t last forever.

Thanks again to everyone whose support has made this possible.

The 17th of March as most know is the feast of St. Patrick in the Catholic Church. The story is well known, that Patrick was a Roman in Britain, who did not take the faith seriously and dabbled in various adventures, which led to him being caught by slave traders and sold into slavery in Ireland. He became more devout, went back to England persevered in the faith and was made a Bishop. From there he returned to Ireland and evangelized the whole of the emerald isle. Dom Prosper Guéranger has this to say about St. Patrick:

There are some who have been entrusted with a small tract of the Gentile world; they had to sow the divine seed there, and it yielded fruit more or less according to the dispositions of the people that received it: there are others, again, whose mission is like a rapid conquest, that subdues a whole nation, and brings it into subjection to the Gospel. St. Patrick belongs to this second class; and in him we recognize one of the most successful instruments of God’s mercy to mankind. END_OF_DOCUMENT_TOKEN_TO_BE_REPLACED